The watermelon (Citrullus vulgaris) is an annual plant that belongs to the family of Cucurbitaceous. It is a climbing and crawling plant which have long stems and leaves divided into lobes. watermelon has some herbaceous stems that may reach up to 5m in length. They are cylindrical, with hairy and longitudinal furrows. Moreover, the lower side of the leaves is rough, whereas the upper side of the leaves is very smooth. It is native to Africa and usually consumed as fresh fruit. Growing watermelon in Texas has become an industry now for gardeners and farmers.

How to Grow Watermelon in Texas?

Texas is one of the largest producers of watermelon and has a long growing and eating history. Watermelons are grown in nearly half the region in Texas. It is a vining plant that requires a lot of space to thrive. Watermelons grow best on deep, well-drained soil with plenty of organic matter.

There are several watermelons varieties are grown in Texas. The most suitable varieties for texas climates are given below

When to grow watermelons in Texas?

Watermelons love the heat and hate the cool, so do not start plantation until the danger of frost has passed. In Texas, we have a long growing season, you can start planting watermelons through late July and still harvest fruits before the first winter frost.

Where to plant watermelons?

Watermelons are heavy feeders that grow well in a sunny place. They need soil that is fertile and has plenty of nutrient levels.

Watermelons need extremely rich soil and nutrients to grow and produce fruits. However, amend the soil with organic compost to increase its fertility and drainage quality. Plant to plant distance should be 2-3 feet in a 5-foot-wide hill. Moreover, If you are growing in traditional rows, space them at least 6 feet apart.

How to plant the watermelons?

The best option is to grow watermelon in texas, sow the seeds directly outdoors rather than planting them indoors, and then transplant them later. Start by sowing 8 to 10 watermelon seeds in a hill, and push seeds 1 inch into the soil. Space hills 3 to 4 feet apart, with at least 8 feet between rows. Thin plants to the 3 best on each hill. Keep soil free of weeds by shallow hoeing or with a layer of mulch.

Care and management for watermelons cultivation

Watermelons have separate male and female flowers on one plant, and bees must be present to cross-pollinate the flowers. The female flowers will stay on the vine and bear fruit. Flowers require pollination to set the fruits.

Harvesting Watermelons in Texas or anywhere else 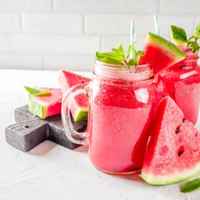 Harvesting watermelons at the right time is very crucial because they do not get any sweeter after being picked.  Watermelons don’t get any sweeter after they are picked, so harvest time is crucial. They generally ripen over two weeks so keep your eye on them. They change the color of the bottom spot where the sets sit on the ground. As the fruits mature, the spot turns from white to yellow. It is important to understand that unripe fruit will have silky skin while ripened fruit will feel slightly sticky.